As the phones are one of the machines that run the way it is made to run. However, sometimes, these phones do need our interference in their affairs, especially whenever they start making some faults.

Likewise, we are concerned about Why is my Samsung phone sending double texts. People are often curious about actually why they receive duplicate or double texts on their phones and are unable to know the causes.

They try some illogical tricks which temporarily sort out the issue but in reality, gives you no knowledge and reasons behind the issue so that you could be able to solve it in all the logical mean.

In this article, we are covering the causes behind the issue of Why is my Samsung phone sending double texts along with the solutions that re-tested thoroughly and have proven to be the most authentic ways to deal with the issue.

Possible Causes behind the double texts on Samsung phone

Technically, there can be a number of genuine causes behind the issue concerned. One thing is clear here the double texts have nothing to do with the sender but the receiver.

They send the text for a single time but during the whole processing of sending the text from sender to receiver, a problem or a glitch arises which makes the text sent for more than a time. this is a normal phenomenon that usually happens with a lot of people around but the main cause is why such faults or glitches raises. That is:

Whenever there is any problem with the internet or the service signals, a great likelihood of delivery of double texts. Weak or poor network connection is the main cause which makes the message to get delivered as double texts. Therefore, a good network strength is important to have in order to get the text properly on Samsung phone.

Error in the message application

Sometimes, the apps themselves are faulty and have minor and major errors in them which is actually the reason of why is my Samsung phone sending double texts. To fix this issue, it is mandatory to fix and switch such faulty or error existing apps. It is clear that faults in the error is one of the strongest reasons of why you get double texts.

Stored cache data of the messaging app that is stored in the background and have huge data that is resting, causes the issue of double texting on your Samsung phones. So, the removal and clearing the caches in the app must be done to avoid this issue.

Ways to fix the double texts issue on Samsung phones

As per the causes and reasons behind the issue that why is my Samsung phone sending double texts, there are a number of effective and sufficient ways in order to fix the issue on your own immediately.

You do not need to be a professional but require to use your mind a little which simultaneously saves your time and money while getting you accurate results. We would like to inform that all of them are tried and analyzed before presenting it to you. Let’s check the ways of solve the concerned issue.

To get rid of the problem of duplicate or double texts, first thing that you need to try to solve why is my Samsung phone sending double texts by restarting/rebooting your phone. To reboot your phone;

Due to any bug in the app, you might get the double text. Many of times, restarting the app only fixes the issue immediately. To do that, follow the instruction below:

If your issue of why is my Samsung phone sending double texts is not getting resolved, it’s better for you to choose and try another app.find and research about others apps out there that your phone’s operating system supports. Install that app and try using it. If the issue gets resolved with switching the app, get that it was an app making issue. If not, simply check your phone must have some issues within itself.

By resetting your phone, you can fix the double text issue. There are two ways of resetting that are hard reset and the soft reset. To reset your phone, follow the guide below;

Sometimes it is nothing but a faulty app that is made with some errors which gets you double text in your char over and over again. To deal with the issue due to faulty app, simply, delete that app and start using another authentic app.

Sometimes these double texts appear due to the problem in the network. Network resetting help you to fix the issue on the spot with great accuracy and sort your why is my Samsung phone sending double texts issue. In order to reset your network:

A number of times it has been evident that the cache data is responsible of such double texting. As a mean to clear and remove all the cache data of the message app, instruction has been provided.

If you are still unable to solve the issue, it is time to contact a professional operator because by following these ways, it should be resolved as these are the only solution to the problem. If these haven’t helped you, you must understand, if not about the phone, there is something like a psychical issue or external issue that’s causing the problem of double texts. It is better to check your phone with a professional operator to avoid having the double text again.

In the end, we would say that these solutions are tested and examined before recommending you which are found to be effective and highly accurate with the problem of why is my Samsung phone sending double texts.

All of them have shown themselves these authentic ones. Next time you do not need to worry as trying it one time will make you learn the whole process and all the ways thoroughly.

We really Hope that this article has assisted you in order to solve your issue at home without spending much time, energy and money.

Also Read: What Does OBJ Mean In Text? (Causes and Fixes) 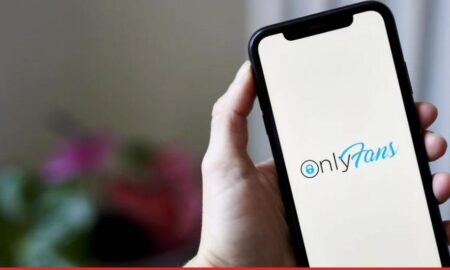